Migo founder Barrett Comiskey commented “Within a year, Migo has shown MNC its capacity to generate strong user engagement and to onboard FTA-only audiences to digital. MNC Vision+ was one of the first OTTs to understand Migo is actively making the pie bigger for the whole industry, and we’re delighted to strengthen this alliance with them”

“As the streaming wars escalate, we’re seeing increased interest from other platforms too, including major Hollywood studios, looking to replicate this success story and bring their content to the 3 billion users in emerging markets left behind by poor connectivity. Meanwhile, we are adapting Migo to give them the freedom to explore new models beyond SVOD” Barrett added.

Hary Tanoesoedibjo, President Director of MSIN and Executive Chairman of MNC Group said: “We are delighted with more expanding collaboration between MSIN and Migo as the two companies complement each other very well. With MSIN various digital products and Migo as a unique online-to-offline distributor that serves millions of Indonesians with limited access to digital content, we are very excited to see many potential initiatives that can be cultivated through this further alliance.” 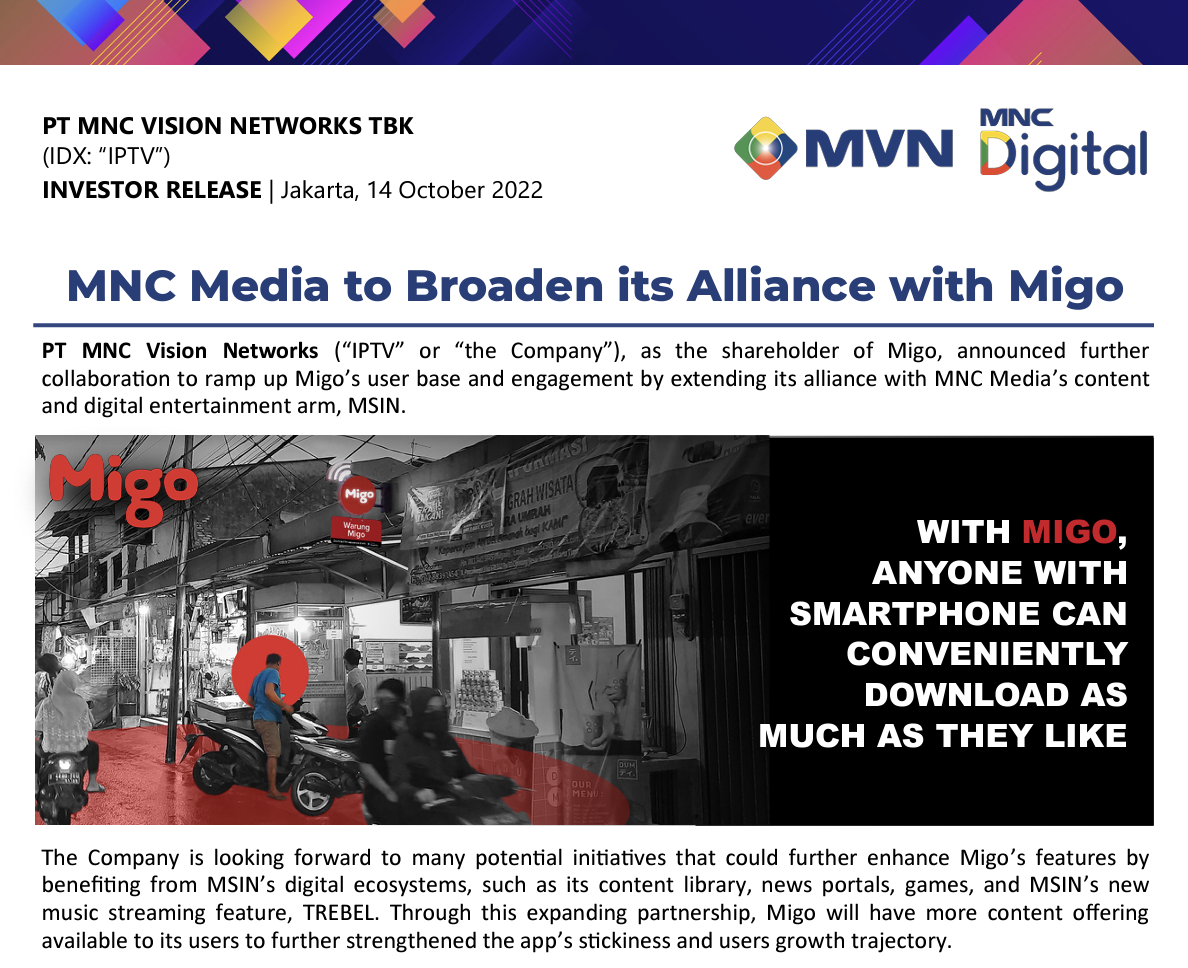